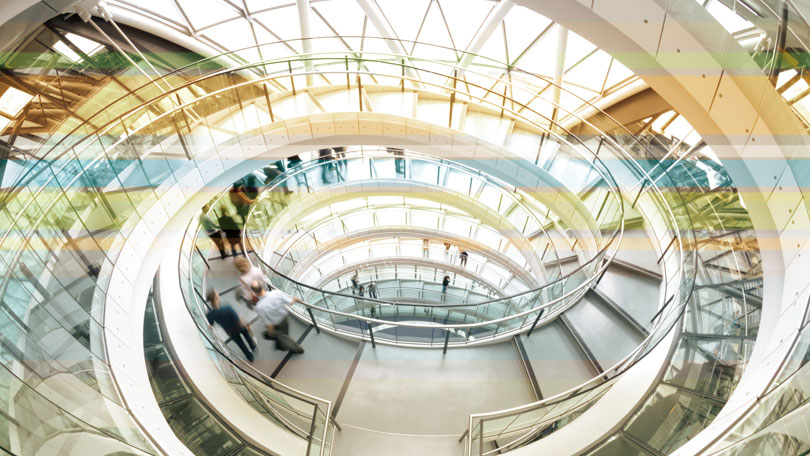 When an employee in a qualified retirement plan dies, the employee’s account balance has to be distributed to the beneficiary at a certain rate over a certain timeframe. The money cannot stay in the plan forever. What is that timeframe? When do distributions have to start?

A lot of people are familiar with the rule calling for living employees to begin receiving required minimum distributions (RMDs) at age 70½ (now age 72). The RMD rules also address distributions after an employee has died, whether before or after age 72. This article addresses some of the death RMD rules that apply to qualified defined contribution plans, including 401(k)s and profit sharing plans. Distribution rules governing defined benefit plans and IRAs are not covered here.

The maximum period over which distributions may be made to the beneficiary depends on several factors:

The SECURE Act added a rule specifying that, in many cases, the account balance of an employee who died must be distributed in full by the end of the tenth calendar year following the employee’s death. The addition of the 10-year limit under the SECURE Act curtailed what was known as the “stretch IRA,” which allowed beneficiaries to stretch their withdrawals over many years, sometimes well past the expected lifespan of the employee whose money they inherited. The stretch concept applies to qualified plans as well.

It should be noted that the SECURE Act RMD provisions apply if the employee died after December 31, 2019.  If the employee died before 2020, the old rules apply, meaning stretch payments are grandfathered for those beneficiaries.  The pre-SECURE Act rules are not fully covered here.

Here are the distribution periods that apply after the SECURE Act under various scenarios:

If the employee dies after attaining his RBD:

After that, it depends on who the beneficiary or beneficiaries is/are:

If the employee dies before attaining his RBD:

The employee’s full account balance must generally be paid out by the end of the tenth calendar year following the employee’s death. Exceptions are as follows:

Other notes on distribution periods are as follows:

Let’s switch gears and talk tax. A beneficiary receiving RMDs must pay taxes on the distributions in the year the money was received. The annual distributions under the life expectancy method are subject to income tax, as would a big lump sum distribution paid within five years or 10 years of the employee’s death.

A beneficiary might think, “Ah, let me roll the account balance over to an IRA so I can avoid paying income taxes until a time far off in the future.” Unfortunately, that’s not going to work. Even if the money is rolled into an IRA for a nonspouse beneficiary, it still must be distributed under the rules governing the plan from which the rollover came. There is no tax-deferral advantage for a nonspouse beneficiary to roll over to an IRA, although there may be other reasons to move the account from the qualified plan to an IRA. For what it’s worth, the IRAs in these cases are to be treated as inherited IRAs and should be titled thusly.

Prior to 2007, a nonspouse beneficiary was not able to do a direct rollover of a qualified plan account balance.

It is easy to miss RMDs when an employee dies prior to attainment of age 70½ or 72. Plan sponsors may simply not be aware that distributions must be made relatively soon if the beneficiary is not the spouse. They might think the beneficiary can wait until he turns 72 or until when the employee would have turned 72. Or, they may be well aware of the rules but never be notified that a terminated employee has died. Plan sponsors often lose track of employees who have not worked at the company in a number of years. We had one instance where there was a change in personnel and a change in recordkeepers, a beneficiary was inadvertently coded as a terminated employee, and no one knew RMDs were owed until quite a while after the actual employee’s death.

Suppose an employee with a nonspouse beneficiary died 10 years ago, and no RMDs were ever made on his behalf. Either partial distributions should have started in the year after death, or the whole account balance had to be distributed within five years (under the pre-SECURE Act rules). Since neither of these happened, there is a big problem. A missed RMD is subject to a 50% excise tax payable by the beneficiary.

In lieu of paying the tax, the beneficiary can write a letter to the IRS asking for mercy and for the tax to be waived. The letter might actually work if there is a good reason the RMD was missed. Alternatively, the plan may file under the IRS’ Voluntary Correction Program and potentially get the taxes waived. There are fees for utilizing this program, though.

Once the error is discovered, a makeup distribution has to be made. This would be the sum of all the missed distributions plus earnings. An interesting question is, can the makeup payment and subsequent distributions be based on the life expectancy rule if the beneficiary originally had that option, or must the entire account balance be distributed because the beneficiary missed his chance at the life expectancy rule by not taking a distribution in the year after the employee’s death? The IRS issued a Private Letter Ruling (200811028) indicating the life expectancy method is still available under these circumstances. A PLR is valid only for the taxpayer who requested it, but PLRs do give some indication that the same approach taken by someone else might be considered reasonable.

The content of this article is for general informational purposes only and may not be construed as tax advice. Readers weighing options with respect to retirement plan distributions will wish to contact their own advisors qualified in tax planning.